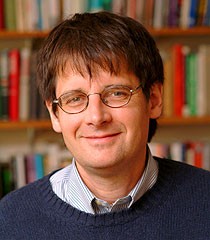 John Bellamy Foster is editor of Monthly Review and professor of sociology at the University of Oregon. He has written widely on political economy and has established a reputation as a major environmental sociologist. He is the author of Marx’s Ecology: Materialism and Nature (2000), The Great Financial Crisis: Causes and Consequences (with Fred Magdoff, 2009), The Ecological Rift: Capitalism’s War on the Earth (with Brett Clark and Richard York, 2010), and The Theory of Monopoly Capitalism: An Elaboration of Marxian Political Economy (New Edition, 2014), among many others.