By John Bellamy Foster on May 31, 2022 in Contributions, Introductions 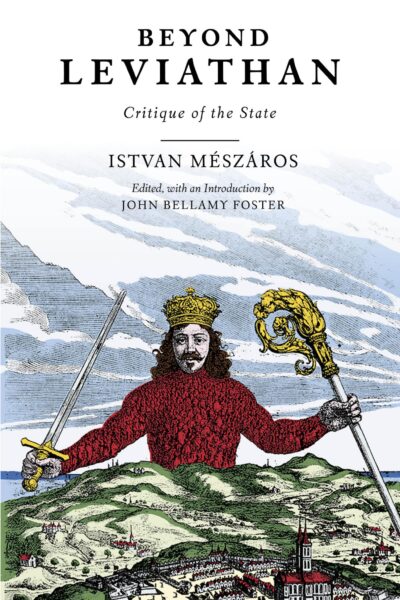 István Mészáros was one of the greatest political theorists of the twentieth century. Left unfinished at the time of his death, Beyond Leviathan is written on the magisterial scale of his previous book, Beyond Capital, and meant to complement that work. It focuses on the transcendence of the state, along with the transcendence of capital and alienated labor, while traversing the history of political theory from Plato to the present. Aristotle, More, Machiavelli, and Vico are only a few of the thinkers discussed in depth.

The larger objective of this work is no less than to develop a full-fledged critique of the state, in the Marxian tradition, and set against the critique of capital. Not only does it provide, for the first time, an-all-embracing Marxian theory of the state, it gives new political meaning to the notion of “the withering away of the state.” In his definitive, final work, Mészáros seeks to illuminate the political preconditions for a society of substantive equality and substantive democracy.

In his scholarly and personal introduction, John Bellamy Foster traces the gestation of this masterwork and its place in the history of political theory.

The pathfinder of socialism.

—Hugo Chávez, former Venezuelan President and a leader of the Bolivarian revolution